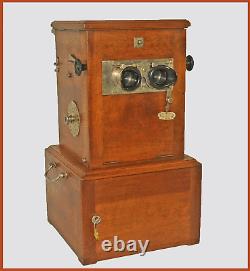 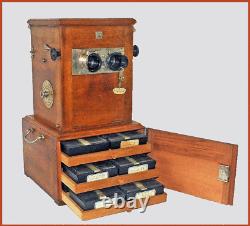 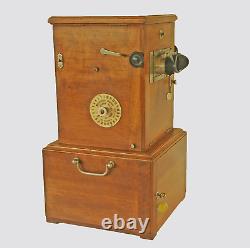 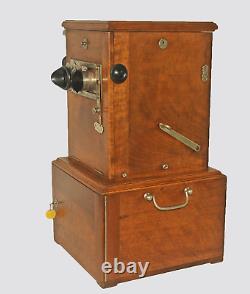 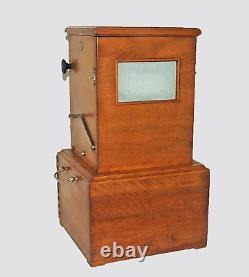 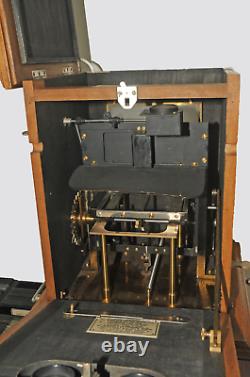 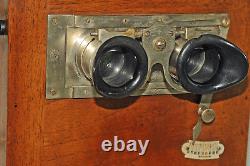 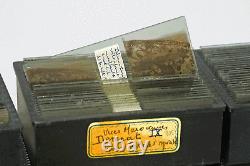 Taxiphote 45x107 \"jules richard\" mahogany body. A mechanical system allows the views to be tested according to their ranking. There is a mirror inside to see what is written on the plates (identification). The taxiphote has three drawers each containing four moulded baskets that can each receive 25 views. This type of stereoscope is called a stereo-classer.

An advanced mechanical system allows photos to be searched and ranked by index. The model presented has, inside.

It would be preferable to come and get him this is very fragile. I am open to any proposal, I still have baskets and photos Morocco, family.

The item \"borne taxiphote 45x107 jules richard year France 1920 very good condition\" is on sale since Friday, November 6, 2020. It is in the category \"photo, camcorders-film photography/film cameras\". The seller is \"bas450\" and is located in saint denis in val. This item can be shipped to the following countries: America, Europe, Australia.